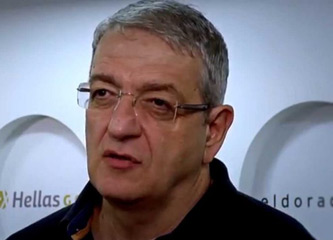 He was born in 1955 and in 1979 he graduated from the National Technical University of Athens as Mining Engineer-Metallurgist.

He has been working ever since in the Mining Industry, holding key positions in major companies and participating in significant projects of Mining and Infrastructure.

He is most acquainted with the Kassandra Mines Project following an experience of more than 20 years in management positions in all critical domains, such as: design, permitting, development, implementation, production, in cooperation with all the investors of the project (TVX Hellas, European Goldfields, Eldorado Gold).

In early 2016 he has assumed the General Management of “Thracean Gold Mining SA” and “Thrace Minerals SA” and as of February 20177 he has also undertaken the post of the Vice President and Managing Director of “Hellas Gold SA”.

Hellas Gold is now employing more than 2600 people working for the implementation of an investment of over 1 b $, and an estimated annual turnover of 200 m $ from 2018 onwards.