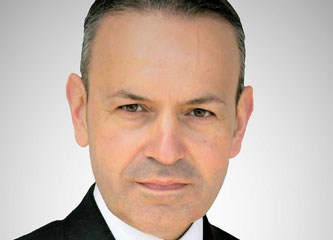 Dr Bahadir Kaleagasi is the CEO of TUSIAD (Turkish Industry & Business Association) in Istanbul and President of the Paris Bosphorus Institute. He is also Honorary Chairman of the Brussels Energy Club, member of BusiessEurope’s Executive Bureau (The Confederation of European Business) in Brussels, board member in several institutions and scientific member of the Brussels University’s Institute of European Studies. Graduate of Brussels and Istanbul Universities, he was a researcher and lecturer in the Center for International & Strategic Studies and the Institute for European Studies of the University of Brussels, rapporteur for projects of the European Commission’s Forward Studies Unit and the intergovernmental conferences which prepared the Maastricht Treaty and was visiting researcher to Harvard, Georgetown and Jerusalem Universities. His academic work covered the areas of the EU’s decision-making system, EU-US relations and the international economic relations. He also served as counselor for various public and private institutions before joining TÜSİAD in 1995 as EU Representative in Brussels and International Coordinator. He regularly contributes as speaker to international conferences, executive and academic seminars, television and radio programmes and is a regular commentator for the Bloomberg HT and Anadolu Ajansı-Finans. Bahadir Kaleagasi is the author of several articles and books on the international relations and European affairs. His latest books are “Turkish Star in the European Galaxy”, “Youth’s Questions on Europe”, “The Planet G20” and “Changing World and Turkey”.