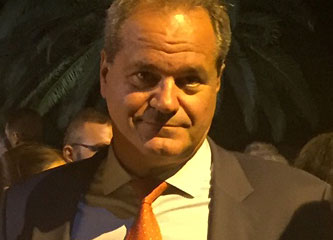 Athanasios Ellis is senior international correspondent and columnist for Kathimerini. He has spent over 20 years in New York and Washington as US bureau chief. He writes about politics and economics. During his career he has interviewed numerous foreign leaders (most recently French President Emanuel Macron) and ministers, heads of international organizations, influential economists and business people. He has reported from many major cities around the globe, including Washington, New York, Bejing, Tokyo, Brussels, Berlin, London, Paris, Rome, Vienna, Ankara, Istanbul and Cairo and Jerusalem. He has appeared on international media offering analysis of Greece related issues, from the Kosovo war, the 2004 Olympic Games, Greek Turkish relations and the Cyprus issue, to results of Greek elections, and the economic crisis. Ηe holds a Bachelor’s degree from Boston University in Economics and Political Science, and a Master’s, from BU, in International Relations.