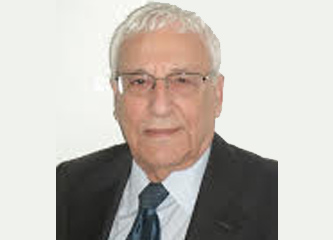 Yigal Erlich is the founder and managing partner of the Yozma Group, one of the veteran venture capital groups in Israel. Mr. Erlich is considered as the founding father of the Israeli venture capital industry and one of the most prominent figures in the Israel high-tech arena. At the beginning of the 1990s, Mr. Erlich established Yozma, which was the first VC fund, sponsored by the government of Israel. Within a period of three years and a capital of $100mil, Erlich, along with the other members of the core team at Yozma, established ten new venture funds.

Following its privatization in 1997, Yozma joined forces with the Ofer Group to establish Yozma II in 1998 and Yozma III in 2002.

The group managed over US $ 220 million and has invested in over 45 Portfolio companies.
Mr. Yigal Erlich is the founder of the Israel Venture Association and served as its Chairman in the years 1996-2002.

Between 1984 and 1992, Mr. Erlich served as the Chief Scientist of Israel’s Ministry of Industry and Trade. During his eight-year tenure as Chief Scientist, Mr. Erlich commanded an annual budget of $200 million, primarily directed at research and development projects of high-technology companies.
Mr. Erlich also started the Technology Incubator Program that led to the creation of 24 Incubation Centers throughout Israel. Mr. Erlich was the Chairman of the Executive Committee of the US-Israel Bi-national Industrial Research and Development Foundation (BIRD), and a Director of the Dead Sea Works, Israel Chemicals, Israel Oil Refineries, Hadassah’s commercialization company – Hadassit, and the Technion Research and Development Co. Ltd, as well as in many boards of portfolio companies that Yozma invested in under his leadership. Some of which went public in US and some were acquired by global companies
Mr. Erlich was the Deputy Chairman of the National Reasearch & Development Council of Israel. A Board Member (five years) of the Russian Venture Capital Company (RVC), a $1 billion government fund of funds and was a consultant to several governments including New Zealand, S.Korea, Canada, Portugal and Greece.
Between October 2010 and June 2011, Mr. Erlich was the chair of a committee within Eureka program, targeting new methods for financial innovation. He also advised the World Bank on the adoption of policies and performance monitoring in Venture Capital in Western China.