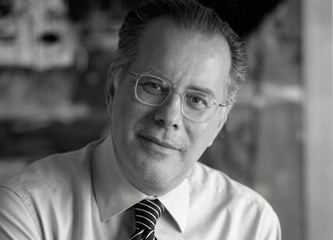 Nea Demokratia Shadow Foreign Minister Georgios Koumoutsakos was elected as a Member of the Hellenic Parliament for the 2nd Constituency of Athens in January 2015 and was re-elected in September 2015.

Until January 2012 he was a member of the Committee on Foreign Affairs and the Subcommittee on Security and Defence. He was Vice-Chairman of the Delegation to the EU-Turkey Joint Parliamentary Committee and a member of the Delegation to the EU-Former Yugoslav Republic of Macedonia Joint Parliamentary Committee. In July 2010 he was elected member of the Executive Board of Nea Demokratia. From September to December 2009 he served as spokesman of the Party in view of the national elections. As a Diplomat, from 2004 to 2009 he was spokesman of the Ministry of Foreign Affairs. From 2003 to 2004 he assumed the duties of Head of the cabinet of Mr. Petros Molyviatis, Member of the Hellenic Parliament and later Foreign Minister. From 2001 to 2003 he was placed in the Greek Embassy in Tirana in charge of bilateral relations, Greek minority issues and the EU – Albania relations. He worked at the Permanent Representation of Greece to the Western European Union and the European Union from 1997 to 2001, with responsibility on European Foreign, Security and Defense Policy. From 1995 to 1997 he served in the Diplomatic Office of the President of the Hellenic Republic, Mr. Kostis Stephanopoulos. He studied Political Science at Panteion University. He holds postgraduate degrees in Diplomacy and Defense Policy from the University of Strasbourg and in International Politics from the University of Brussels. Awards: “Eukrantis Award” for International Promotion of Greek Shipping in April 2014. He was elected “MEP of the Year” in the Transport category of the annual MEP Awards in June 2013.

He is fluent in English and French. He was born in Athens on September 17, 1961. He is married and has two children.