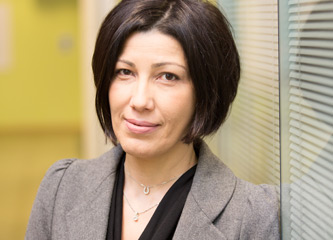 Katerina Papalexandri, with almost 20 years of experience in the energy industry, joined TAP as the Country Manager for Greece, in September 2017.
Prior to TAP, she was working for BP in London, where she has held numerous senior positions throughout her career, since she joined the company in 1998. From 2006 to 2012, Papalexandri worked for BP based in Athens as Senior Market Advisor for Gas Europe & Africa, as well as Business Developer for Caspian Gas. She also has extensive experience of the Southern Gas Corridor value chain, working as Transportation Manager for Caspian Gas and as Strategic Risk Manager for the Southern Corridor.
Most recently, Papalexandri held the position of Senior Commercial Manager for the Southern Corridor, where, amongst her responsibilities, she managed the commercial aspects of the whole gas value chain. She is a Chemical Engineer by background with a PhD from Imperial College, London and her expertise is in gas markets and projects, commercial negotiations and stakeholder management.