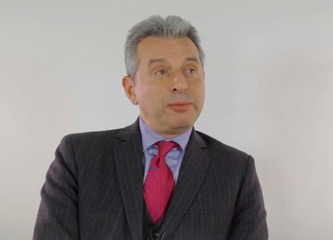 Dr. Dimitrios Tsomocos is Professor of Financial Economics at Saïd Business School and a Fellow at St Edmund Hall, University of Oxford.

He has worked with central banks in countries including England, Bulgaria, Colombia, Greece, Korea and Norway to implement the Goodhart – Dimitrios model and advise them on issues of financial stability. He has taught to numerous universities worldwide including,  Columbia, London School of Economics  and Yale. He also serves as a Senior Research Associate at the Financial Markets Group at the London School of Economics .

He holds a BA, MA, M.Phil., and a PhD from Yale University.