Chairman of the Board of HERACLES Group, LafargeHolcim Greece 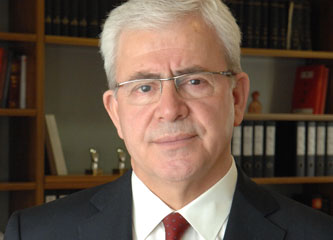 Chairman of the Board of HERACLES Group, LafargeHolcim Greece

Industrial Engineer with post-graduate studies and Ph.D. in Business and Economics from the Illinois Institute of Technology. He taught at Universities in the USA as well as at the University of Piraeus where he served as Rector (1987-1990).

Professor Emeritus of the University of Piraeus (1999). Awarded the Emperor’s of Japan Order of the Rising Sun, Gold and Silver Star (2007).