Minister for Foreign Investments, The Former Yugoslav Republic of Macedonia 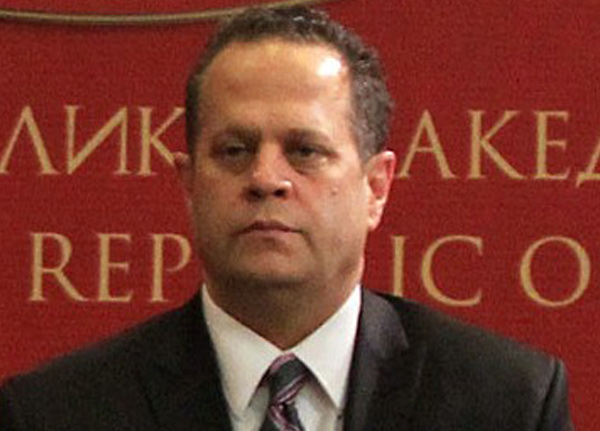 Minister for Foreign Investments, The Former Yugoslav Republic of Macedonia

Jerry Naumoff became Minister for Foreign Investments in the Government of the Republic of Macedonia on May 29, 2013. Minister Naumoff is responsible for attracting foreign direct investments that will be accomplished by increasing competitiveness and profitability for those foreign companies who choose to do business here. By doing so, this will create new jobs and improve the economy in Macedonia, which is his mission.
Prior to his appointment as Minister, he was the Founder &President of The Naumoff Group, Inc., which was a total risk management advisory firm since 1993.The Naumoff Group, Inc. had a diverse group of internationally known and Chicago headquartered corporate clients from a wide array of industries.
As an entrepreneur Jerry also imported mineral water from Europe, owned a restaurant and built one of the first web-based HR self-service applications that was later purchased by ADP.

He gained successful marketing and management experience from two Fortune 500 financial insurance companies and two top-ranked Chicago-based brokerage/consulting firms from 1980 to 1993. Throughout his corporate career he was promoted numerous times and achieved many national sales production and office management awards. He was appointed “Advisory Council to the President” by the CEO of one of the largest financial companies in the world. He has published the articles, “Healthcare Reform” and “Self-Funding for Small Businesses” for Business Insurance Magazine.
Minister Naumoff is on the Board of Directors for two worldwide non-profit organizations focused on the economic development of Macedonia. In 2012 he was selected by United States Senator Mark Kirk (R-Illinois) to serve on his European Advisory Board representing the Chicago area Macedonian-American community. Recently he was appointed Distinguished Fellow of New Westminster College,Vancouver, Canada. Jerry is a frequent keynote speaker around the world at top international business forums regarding the latest economic development topics.
Jerry’s professional career began in 1980 after he earned a football athletic scholarship at Ball State University, Muncie, Indiana and graduated with a Bachelor of Science in Marketing and Business Administration. He grew up in Columbus, Ohio in a large immigrant family with roots from Gjavato, Macedonia. From his youth, he worked alongside his extended family in the restaurant they owned and operated for many years.
Jerry has been married to LuAnn Naumoff for over 30 years. They have six children and live in Skopje, Macedonia.