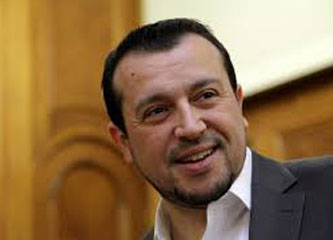 Nikos Pappas was born in 1976 in Athens and he grew up in the area of Kessariani. He joined the Youth of Synaspismos in 1993 and served as a member of the youth Central Council. He studied and worked in Scotland where he finished his postgraduate studies in the field of Economics.

In 2008 he completed his PhD at the University of Strathclyde on the Economics of Social Insurance. He worked as a researcher at the Fraser of Allander Institute and he participated in macroeconomic and demographic research programs in Britain.

In 2008 he was appointed chief of staff at the office of the president of SYRIZA, Alexis Tsipras and since then he has been a member of the SYRIZA Central Committee.

Ιn the parliamentary elections of the 25th of January 2015,  he was a candidate MP with SYRIZA in the 2nd District of Athens where he was elected.

Ιn the parliamentary elections of the 2Oth of  September 2015,  he was a candidate MP with SYRIZA in the 2nd District of Athens where he was re-elected.