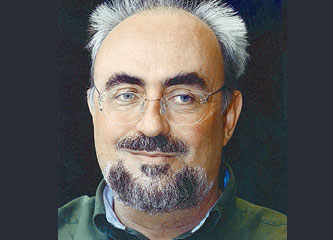 George Skabardonis is a writer. He has written five novels and ten collections of short stories. He collaborated with Pantelis Voulgaris on the film script “Everything is a road.” His novel, “Ouzeri Tsitsanis,” was made into a film by Manousos Manousakis. His theatrical plays were performed at the National Theater of Northern Greece and the Athens Concert Hall, directed by Sotiris Hatzakis and Konstantinos Arvanitakis. He was the director of the newspaper “Thessaloniki”, the magazine “Panselinos,” and the Chairman of the Board of Directors of the State television channel ERT-3. He was awarded the State Short Story Prize, the «Ipektsi» Prize, the Short Story Award of the magazine «Diabazo», the Botsi Foundation Prize and the Academy Award of Athens. He writes in Saturday’s edition of the newspaper “The News”.